nna and I hit it off straight away. She embodies Mamamade's purpose of enhancing the life of children by making tools that make parenting easier, healthier, more social, more restful and more fulfilling.

You never know what you're going to get when someone emails you to say, 'Oh, you absolutely must meet this person!' So when a mutual contact insisted I speak with Anna Carrington of The Ring Sling Company, I wasn't sure much would come of it. How wrong I was. Anna and I hit it off straight away. She embodies Mamamade's purpose of enhancing the life of children by making tools that make parenting easier, healthier, more social, more restful and more fulfilling - I'm so excited to share her story with you!- Sophie x

First thing’s first - Anna, can you tell us a bit about yourself and your journey to motherhood?

I made the move from Somerset to Berkshire when I was a teenager after landing on my feet with the marketing role of my dreams.  I have always been a career- motivated and creative person, and I loved the hustle and excitement of the real working world.

It was therefore a huge shock when I fell pregnant just a couple of years later.  It was one of those make or break moments that caused me to reassess what I wanted from life. Although it was a scary and difficult time, I just knew that I was meant to be this baby’s mother.

What was the inspiration behind The Ring Sling Company?

I found myself feeling frightened about the thought of losing my identity.

Products marketed towards mums on the High Street made everything about the baby.

I wanted to create a brand that celebrated a modern type of parent, the kind of woman (or indeed man!) who is more than the word ‘mum’ - whilst still providing undeniable benefits to the child; a parent who still wants to look good, who has hobbies they love, who has an identity. Which is why our motto is For Life After The Stork - not for mums, not for dads, just people who have gone through this transformative experience. That was what formed the tone of our brand… and then I discovered how awesome baby-wearing is!

You’ve said that TRSC’s mission is to ease the transition into parenthood for modern parents - how does baby-wearing achieve that? How do your slings help modern parents maintain their sense of self?

There is an amazing sense of empowerment in being able to crack on with daily tasks whilst still meeting your baby’s needs. Babies love being carried and kept close to you, so once they’re in the sling you’ve ticked that box and can do the things that make you, you.

You can enjoy the meal in the restaurant with your friends, throw a stick for your dog, answer some emails. That's not to say you have to do that, but it’s great to know you have the option using the sling as a tool.

Why do you think baby-wearing, especially with fabric slings like TRSC’s, isn't more mainstream in the UK?

I think there’s a perception that baby-wearing is a really bohemian and hippy thing to do, so people that don’t identify that way feel alienated by it.  That’s why I’ve tried to create a brand that feels a bit more metropolitan and appealing to people that might have previously rejected fabric carriers - so they can learn that in reality, it’s actually pretty normal.  The pram is such a recent invention and in Eastern cultures, carrying your child in a sling is just the standard.

We’ve connected over our shared hatred for the term ‘mumpreneur’ - can you explain what it is about the term you dislike?

I hate that we as a society feel the need to create a sub-category for women who have birthed a child. Where on earth are the Dadtrepreneurs?! They don’t exist; they’re just Entrepreneurs.

It feels like one more way of putting women in a ‘less than’ category, like a patronising pat on the back to say, yes well done you’ve created a business - but you’re still not quite part of the team because you’ve got to be back home in time to get the fish fingers on for tea.

Do you think it’s important for your kids to grow up seeing their mum working and running her own business? How do you think this will positively impact them?

I think it’s important for my own story that my children never see themselves as the reason I ‘dropped out’ of doing something I loved.  I want them to understand that they were the fuel to the fire that drove me to go on and found something I was passionate about.  I think it’s important to have your own thing as an individual and I want them to realise that yes, I am their mummy, but I’m Anna too. I think this is particularly important for my daughter, and how she sees herself when she becomes a parent.

How do you take time for yourself to reflect as a busy woman, business owner, and mum?

I love to document everything I’m doing in my Bullet Journal and take time once a week to look over all of the little jobs I’ve completed, even tiny things like ‘Write an Instagram Caption’. Some days when things are a bit flat and I feel deflated I’ll look back to a few months ago and think - “Wow! Even since then I’ve come so far." Wine also helps!

If you had 15 extra minutes a day, how would you spend them?

This is so soppy but I would just hold my babies.  Between running a business and completing chores it’s hard to just switch off and be still with them for five minutes without feeling guilty or like you should be doing something else.  Suddenly a day flies by, they're in bed and I wish that I’d soaked them up a bit more.

Three top tips for getting out the door looking + feeling your best?

1) Try and get dressed as soon as you wake up! It makes me feel so much less sluggish than when I lounge around in my dressing gown, which I can easily justify on nights when I’ve been up all night with a teething baby, but it makes me feel instantly better when I’m dressed and ready.

2) Respect yourself enough to make a decent breakfast.  It’s so easy to prioritise the kids but you need the fuel as much as they do!

3) No scrolling on Instagram first thing in the morning. It sets a really bad tone for the day if you start it by comparing yourself to other people and not being present in your own life.

What's next for you and TRSC?

We want to launch a lighter colour sling for the Summer months and develop some new products outside of slings!  I also am just excited to grow the reach of a product we’ve worked really hard on as it was a lifesaver for me

The link has been copied!

Motherhood Unplugged: A Conversation with Miriam Cooper of Mimi's Bowl 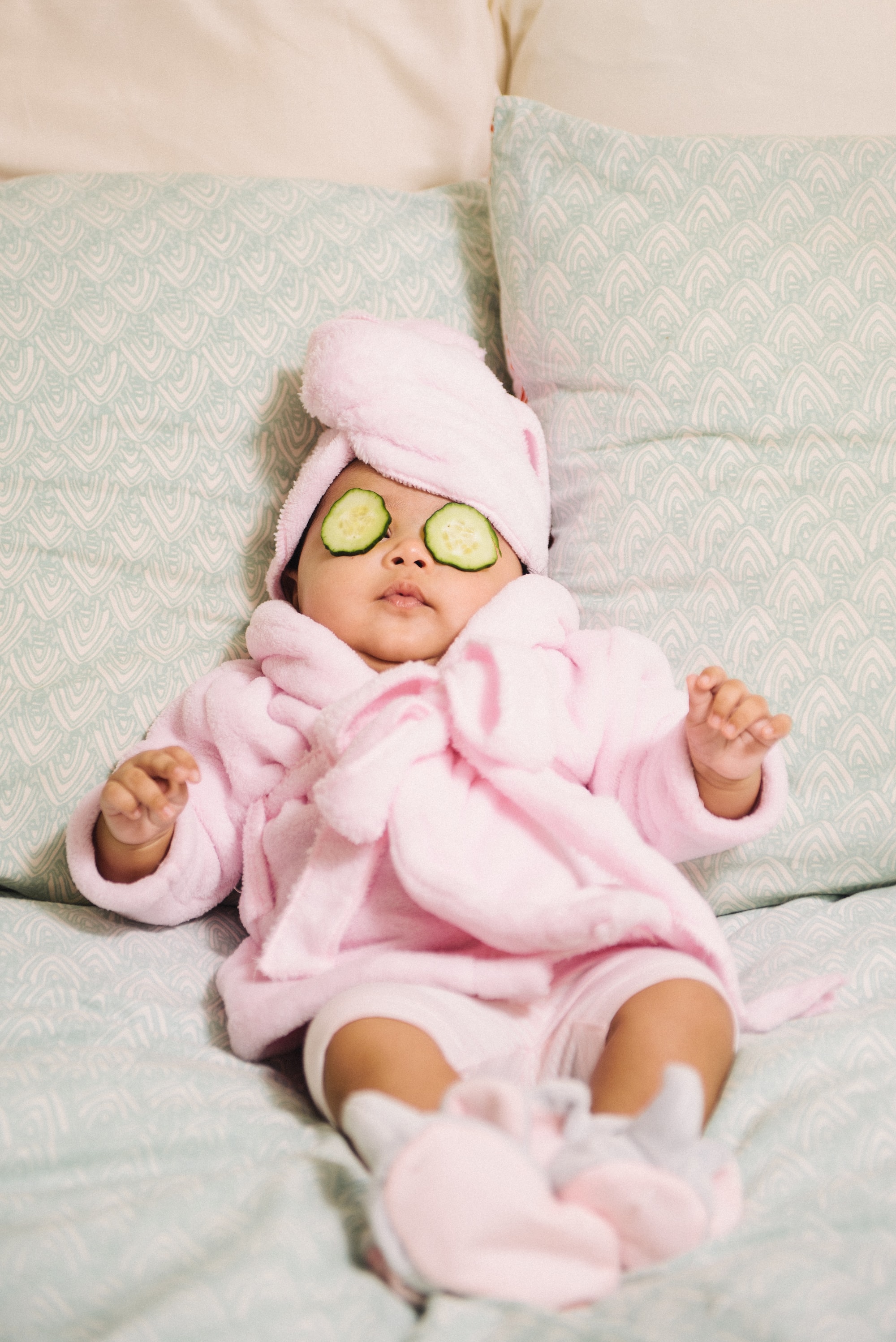 How to Best Protect Your Baby from Illness

Rock On: How Adding Crystals and Gems Is a Simple Way to Ease Stress 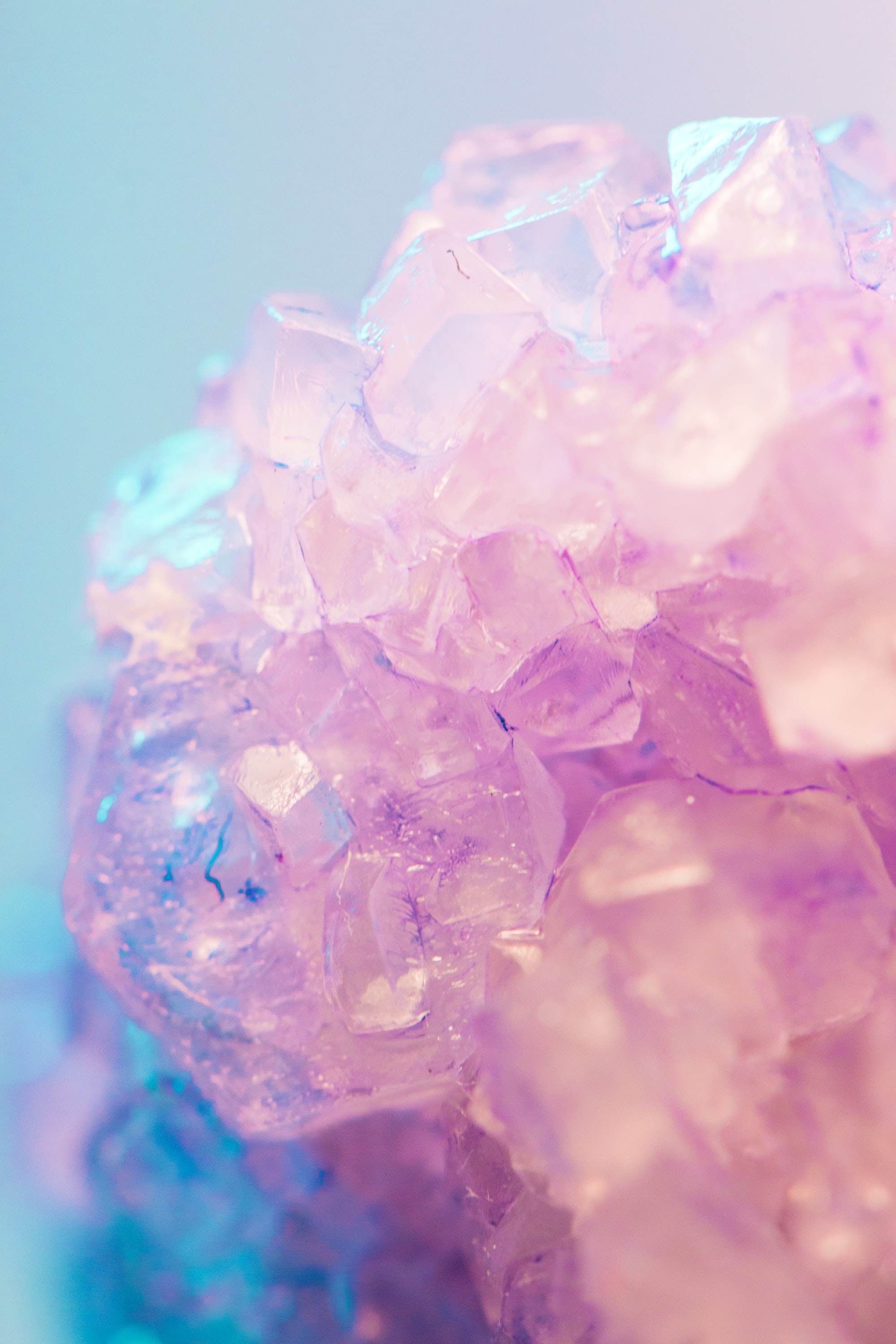